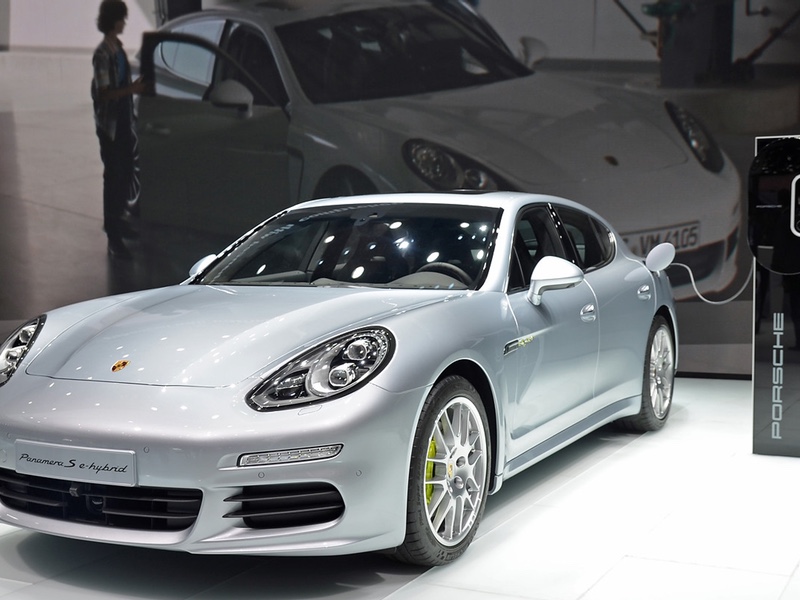 Finally, Porsche enters the plugin hybrid market – it’s been like pulling teeth waiting for some of these automakers to take the plunge. Last month the company announced its plans to significantly upgrade the Panamera to a plugin model. I have always been a Porsche fan, besides performance and the pur of the engine, the design of the cars themselves, in my opinion, have a certain understated elegance in comparison to other high performance sports cars – they do not scream the announcement of your presence.

We could attempt to go into our own write up of upgraded Panamera, but the Porsche press team has done such a great job you’ll forgive us for picking and re-posting some of the best from their press release.

The new Panamera S E-Hybrid improves upon the concept offered by the previous Panamera S Hybrid with a more powerful electric motor, a higher-performance battery that supplies more energy and is able be recharged from home or public vehicle charging stations. The electric drive produces 95 hp, more than double the power of the previous model’s electric motor (47 hp). Electricity is stored in a newly developed lithium-ion battery, which at 9.4 kWh has increased capacity over the previous battery (1.7 kWh). Via the integrated on-board charging componentry and the standard Porsche Universal Charger (AC), the battery can reach full charge within approximately two and a half hours when connected to a 240V power source.

The Panamera S E-Hybrid expands upon the driving performance of the previous generation, while fuel consumption is reduced when compared to the previous Panamera S Hybrid. Final U.S. EPA fuel economy ratings will be available closer to launch. Simultaneously, its electric-only driving performance is substantially improved, enhancing acceleration, range, and top speed. Electric-only driving is possible without any fuel consumption or local emissions, which is especially advantageous in city driving. The electric driving range of the Panamera S E-Hybrid is estimated to be greater than 20 miles based upon current NEDC testing. Driving range may vary in real world operation, due to the effects of environmental conditions, terrain, air conditioning and heating use, driving style and other factors. The Panamera S E-Hybrid can reach up to 84 mph in all-electric operation.

So, there you have it, we couldn’t have done a better job at giving proper credit to the vehicle if we tried. While there’s a lot more to the 2014 Panamera the above gives the eco-street cred so we can now feel somewhat environmentally satisfied when we go out and buy a Porsche.