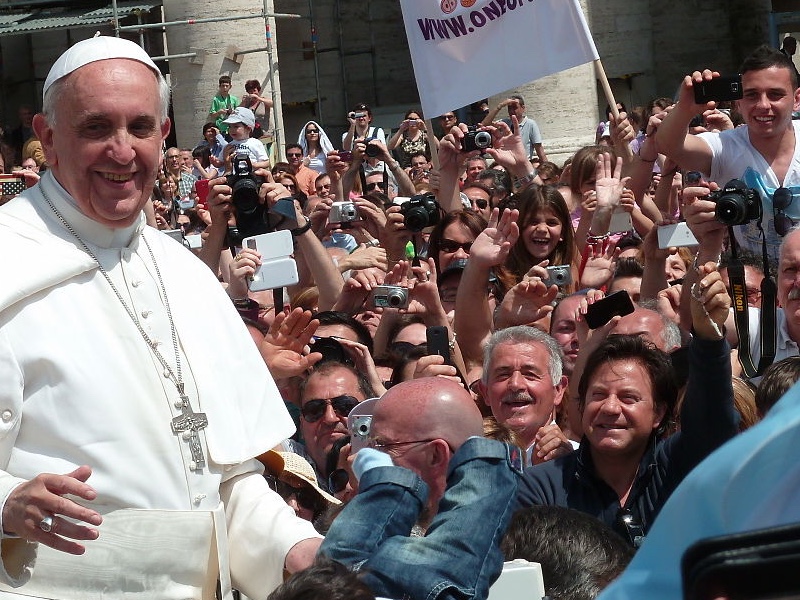 Its kind of hard not to love this Pope, wherever your religious affiliations may lie. He’s one of those personalities who seems genuine, approachable, humble. Stepping in to a tough position as the Vatican and the global Catholic community tries to find its place in the modern world. If we can agree that our religious leaders and religion itself is there to help provide a spiritual and moral compass for people then Francis deserves the strongest kudos:

Francis has spoken out frequently about the “culture of waste” that has imperiled the environment and he elaborated en route to the Philippines. While there, Francis will meet with survivors of the 2013 Typhoon Haiyan, which the government has said was an example of the extreme weather conditions that global warming has wrought.

“I don’t know if it (human activity) is the only cause, but mostly, in great part, it is man who has slapped nature in the face,” he said. “We have in a sense taken over nature.”

“I think we have exploited nature too much,” Francis said, citing deforestation and monoculture. “Thanks be to God that today there are voices, so many people who are speaking out about it.”

Read it all over the HuffPost – Pope Francis On Climate Change: Man Has ‘Slapped Nature In The Face’

Julia Roberts As The Voice of “Mother Nature”

Harrison Ford As The Voice of “The Ocean”