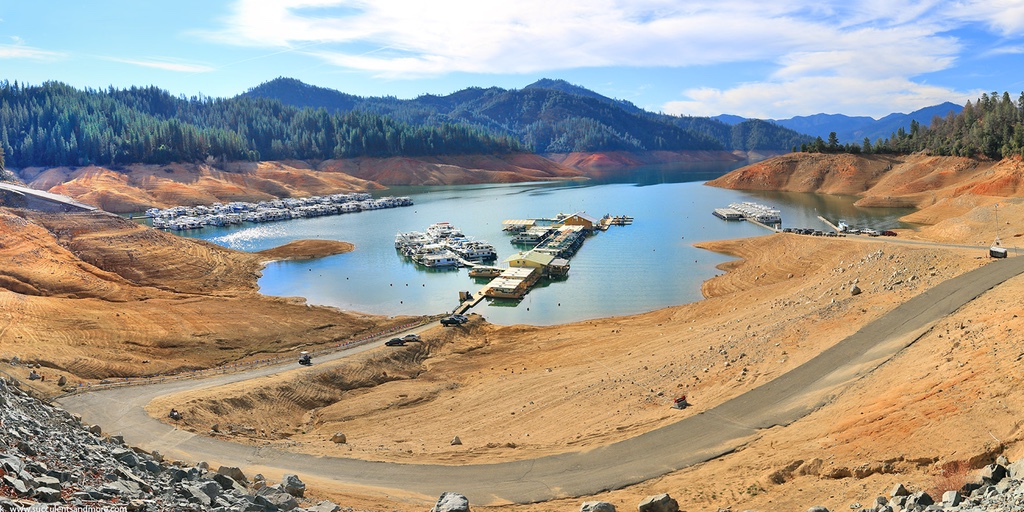 Yep, it’s pretty much been all over the news the past couple days, California has officially, for all intents and purposes, run out of water, with only one year left that is not a lot of time and the prospects for rain and snow melt are pretty dismal. The news has been driven by Jerry Brown issuing a State wide mandatory restriction on water use:

Standing in a brown field that would normally be smothered in several feet of snow, Gov. Jerry Brown on Wednesday ordered cities and towns across California to cut water use by 25% as part of a sweeping set of mandatory drought restrictions, the first in state history.

The directive comes more than a year after Brown asked for a 20% voluntary cut in water use that most parts of the state have failed to attain, even as one of the most severe modern droughts drags into a fourth year. It also came on the day that water officials measured the lowest April 1 snowpack in more than 60 years of record-keeping in the Sierra Nevada.

The above is from the LA Times, if you want to read the whole story – Brown orders California’s first mandatory water restrictions: ‘It’s a different world’